Sorry I’ve been goner so long, I really intended for have May 2011 be the start of my comeback after weeks of frustrating, and even fatal meltdowns, I won’t bore you with the rant-latent stages of grief I’ve gone through, but I want to touch some things I I’ve learned from my most recent crisis.

Some of my long hiatus can be explained with two simple words, fear, and failure. But I don’t meant the normal “failure” all writers deal with,many writers before us had to fail a lot before success came for them, it’s no different for me and those writer’s I’m glad to know, if only over the web for now, and me in turn, and often being reminded you’re not alone in feeling like you’re craft’s just at a standstill for whatever reason, and if ANYTHING positive came out of a p

Please stop by T.A.A. this weekend, when I’ll re-launch my Prose and Poetry Slam contest, which was delayed to do my being too quick to act before some things were ready. Please check the Contests Page for the official rules, you’ll have now (June 21st!) until September 10th, 2011,  to sbumit your stories and poems. For those who did submit earlier entries prior to the contest being delayed to better prepare things on my end, rest assured you’re submissions will still count and you needen’t send them again. If you’re not sure if your  entry was received, please e-mail at the address below-
taaddicts-at-yahoo.com 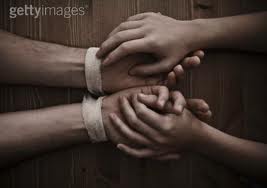 I’ll do my best to have a regular post tomorrow, but for now, I thought I’d share some videos I found on YouTube that best describe the rollar coster ride my heart’s taken lately. Enjoy!
Sadness shouldn’t rob you of joy forever, but it’s OKAY to acknowledge it.

In the End, I’m NOT a quitter!

Thanks for those of you who reached out to me! You know who you are…