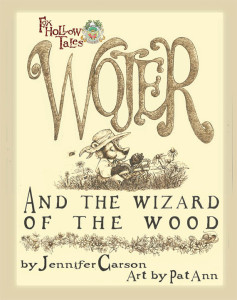 For those of you unfamiliar with “Kickstarter” it’s part fundraiser, part social network, all about giving authors and other creative types the chance to turn their dream projects into reality.

Unlike ebay, though, your project has to be screened and approved by Kickstarter, so just like authors submitting manuscripts (or illustrators portfolios of their work) we can be rejected, and if we don’t earn the amount of money set as a benchmark, all money’s returned to their respective donors (Which Kickstarter calls “Backers”), so this isn’t an easy way to score funds, but it is a WAY, and it can be an added motivator to help authors committed to their work make connections with their backers, and lead to networking opportunities not possible before.

It’s essentially an ebay-style fundraiser service with a social network aspect, but unlike Facebook, you have to be a paying “Backer” to be part of the dialogue of a Kickstarter project. Minimum is 1.00 ($USD), but can be higher, and the more you can donate, the greater the rewards backers can earn.

In terms of book projects, I’ve seen everything from signed editions (If and when the campaign earns it’s target amount), being mentioned in the acknowledgements, and for one project I will highlight next week (That’s nearing it’s final days and hope you’ll open your pocketbooks for along with me) you can even have your dog illustrated into the story!

I connected with this author who had this cool Kickstarter campaign, sadly it was too late for me to donate, and she only raised half the the money she needed, but long story short (For once), I reached out to her and offered to help if I could, though she didn’t reach her goal on Kickstarter, she’s determined to make her picture book series happen, and her first book is available in limited quantities, and it’s GORGEOUS! Her illustrator reminds me of the late, great Fred Marcelino, and even though the campaign’s over, you’ve got to see the video while you still can, she did a good job on it, IMHO-

For those of you who are still “Social Networking” averse, THIS is a prime example of TRUE down-to-earth networking at work. I would NOT have known about Jennifer Carson or this charming book had I not leapt into Kickstarter, and while her Kickstarter campaign didn’t earn out, she and her illustrator are not giving up, and when this book comes to fruition, your literary rat will tell you about it.

In the meantime, I urge you to check out Kickstarter to see if there are projects you’d like to be a backer for. The best part about Kickstarter is that you can make a difference if earnings are met, even exceeded the target goal. You might even have the honor of one day saying “I helped this author get started” not just by donating your money, but also by saying (Even if not aloud) “You’re Enough.” Two words ANY person wants to hear in life, but especially when they do something that comes from their hearts, and are willing to put themselves out there above and beyond to do so.

While I couldn’t help Jennifer financially get this book off the ground, meeting a kindred spirit in terms of what we write and read, Kickstarter’s platform brought me to someone I’d otherwise might not know about, and her story among others I found browsing Kickstarter campaigns this summer reminds me why it’s so important to give back.

To learn more about Jennifer Carson-

Check out her interview the blog  for “Fiber College of Maine” (http://fibercollege.wordpress.com/2013/08/08/artist-interview-jennifer-carson/)

Stay tuned next week for an important post on how you can contribute to another new voice in the world of animal fantasy, and what you can win (From me) if you do.

May the fantastic fauna be with you.

Since my first “Weekly Readings” was such a hit (Judging from comments) I decided to do it again, though my regular (More “Epic” reviews) will return, here are some of the books I’ve been reading-

“Ebb & Flo and the Baby Seal” by Jane Simmons

I first learned of these charming characters not from books, but rather from a series of animated shorts as a kid (The theme song is still stuck in my head–all these years later), and it wasn’t until my trip to the library last week that I FINALLY dove into one of the books titled above. It’s as charming as the cover implies. That said, this is a story to be savored, and moves at a gentle pace.

So, if your inner child (Or children you know) demands a more frenetic story, this might not cut it, but if your kid or inner youth can embrace a slower tale—Ebb and Flo will delight. 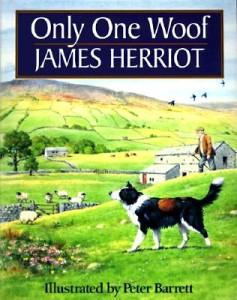 “Only One Woof” by James Herriot

This book falls under two distinct categories- The “Oldie but Goodie” award, and the “Time Efficient Parent’s WORST Nightmare!” prize.

I know many authors and readers today loathe text-heavy picture books. Nevertheless, this is a story worth the extra ten (or so) minutes. Especially for all you dog lovers. Myself included.

While I’d LOVE to tell you why this book is worth the “Extra” words, I risk spoiling the story if I do, but I will say this- It’s a shame these types of picture books are now the way of the dodo and $1 per gallon for gasoline.

In my opinion, this is the canine version of “Leo the Late Bloomer” but with a twist, and one you must read for yourself to believe.

Illustrations here are warm and inviting, but not too precious, and the prose has an inherent “Just like Grandpa used to tell ’em” quality when read-aloud.

This is the kind of story that, in my opinion, being Ultra-Minimalist would’ve cheapened the experience.

Let me just say this right off: this is a story in verse, and rhymes, but as someone who tried to write in rhyme and failed, I can attest the rhyme here WORKS.

Also, with the exception of the made up word  “Zoozical”(Zoo + Musical) all other the rhymes are of real words.

Of course, you can’t go wrong with illustrations from Marc Brown, but the use of wordplay and rhyming stanzas are funny and those who  write picture books knows full well this style of verse is “Deceptive Simplicity” on the author’s part, and Judy, you nailed it. Recommended for the young thespian in your life.

That’s all for now. Until next time, May the Fantastical Fauna be with you.   If my ramblings convinced you to buy one or more of the books mentioned above, please support T.A.A. by clicking on the affiliate cover images above.