“Weekly Readings” is a regular feature where your lit. rat reviews various books in the world of fantastical fauna. While T.A.A. focuses on animal stories, humans can and do join in on the fun now and again.

This week we’re sharing two fab holiday reads that released this year. From ursine lovers living in the giving spirit we hope to embody throughout the year to the Christmas Eve crisis of a sign-happy cat who wants to be off a certain fellow’s “Naughty List.” 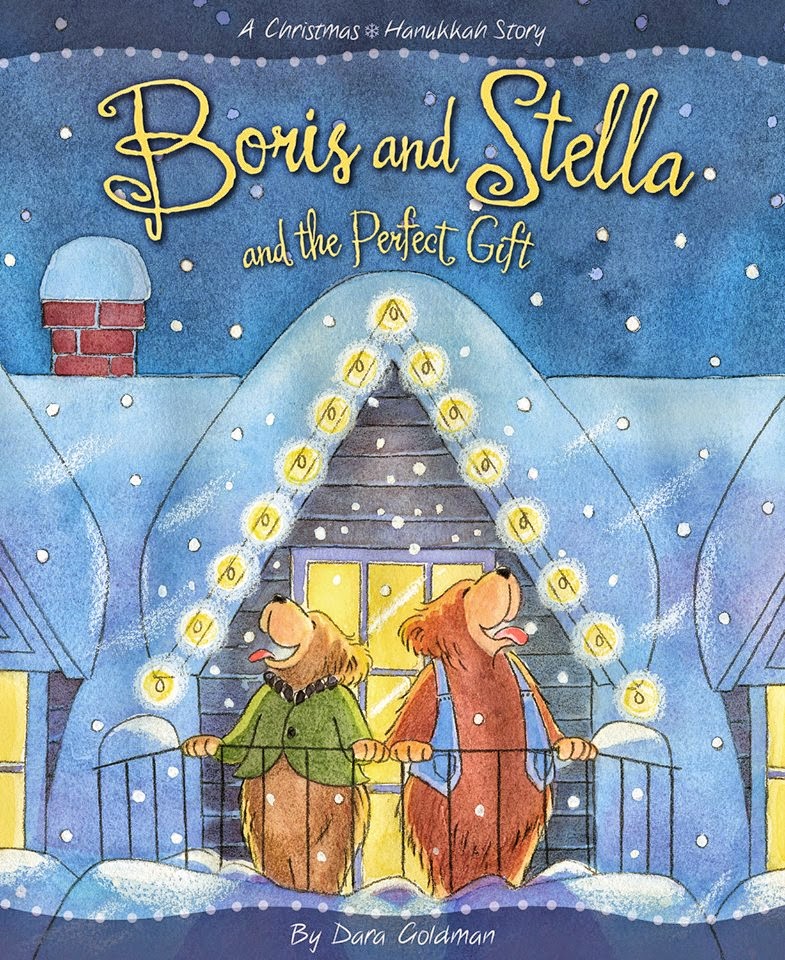 Boris and Stella and the Perfect Gift

While there are MANY books about the various end of year holidays, few of them combine two holidays in one book, and author-illustrator Dara Goldman’s “Boris and Stella and the Perfect Gift” does a fine job bringing two of the most celebrated holidays, Christmas and Hanukkah (and especially in the case of Christmas, the most commercialized) back to their core essence.

Those who know your lit. rat better than most know I’m a hopeless romantic. So bringing love-dovey bears, Christmas, and Hanukkah all in one book can not fail to intrigue me.

In all the hoopla about better diversity in children’s books, we focus so much on the ethnicity of the characters (for those who write about humans…) that we don’t give enough attention to how cultural traditions blend among family and friends.

While there increasingly more books about atypical or nontraditional families, we don’t often feature the mix of varying cultures and spiritual upbringings.

After all, diversity’s not just about mixing nationalities, but cultures and spiritual traditions, too.

Dara’s illustrations are not just cute and comforting to the eyes, but contained details that are subtle but integral to grounding the reader and those being read to.

While best known for his tales of the American Old West, author O. Henry also wrote a short story called, “The Gift of the Magi” about a couple with little money but did what they could to give their significant other a special gift.

The base structure of that story is used to charming effect in this story of two ursine sweethearts. Mazzāl Tōbh and Hallelujah! 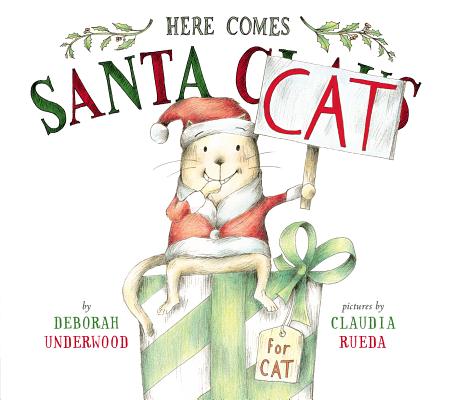 Author Deborah Underwood first introduced us to this charismatic chap earlier this year with “Here Comes The Easter Cat”, which was also one of T.A.A.’s “Most Anticipated Reads of 2014” and now Cat is back with a Christmas Eve crisis, he’s been a bit naughty and fears he’ll be passed over by Santa Claus on Christmas, so he gets the notion to dress like Santa (as seen on the “Halls Decked” cover) and give himself a gift.

If you seen the “Maisy” animated series (based on the long-running books by author-illustrator Lucy Cousins) you’ll recognize the unseen narrator interacting with Cat, who tells him that Santa gives gifts to those who give to others, not himself, and after some harried high-jinks and missteps, it’s a great book that allows for reader participation.

Illustrator Claudia Rueda uses a whimsical yet simple style to allow the feisty feline to shine. While I sometimes fear this tactic can be overused, the clean white minimalist backgrounds (reminiscent of the “Kipper” animated series based on Mick Inkpen’s 25+ year picture book series) is used to brilliant effect here, it allows the reader, and those being read to, to imagine Cat’s world being anywhere and anything, and brings a further level of immersion.

While I’m an unabashed fan of the extravagant, meticulously detailed illustrations  of Richard Scary or is something to be said for the thoughtful use of minimalist art style and direction.

Hey, it certainly didn’t do Ian Falconer’s “Olivia” any harm!

As I touched on in my review of I’m always impressed when authors create characters who have such.

While the name of our site is “Talking Animal Addicts” many of our fantastic fauna brothers and sisters don’t speak in the audible sense, but they are FAR from silent…

Just as Bernard Waber’s “Lyle the Crocodile” used his facial expression and physicality to show his feelings and opinions, and Charlotte’s web-woven words help lead to keeping Wilbur out of the slaughterhouse, while also gave the reader insight to their evolving friendship, Cat uses a tactic commonly employed tactic during the silent film era  (and “Looney Tunes” alum, Wile E. Coyote) of holding up various signs to make his points, and is one of the sources to the humor.

In closing, “Here Comes Santa Cat” gives us another sensationally seasonal outing with one of T.A.A.’s favorite felines, and hope you’ll find this charming book under your tree…

Check out the OFFICIAL Book Trailer for

That’s All For This Special Edition of