This week, we’re taking a walk on the anti-hero side, between robber dogs, dogs on the lam, and weasels who want to take over the world!

It’s just a typical day in the world of fantastic fauna, and your lit. rat (ever on the side of good) chronicles it for you, my precious readers- 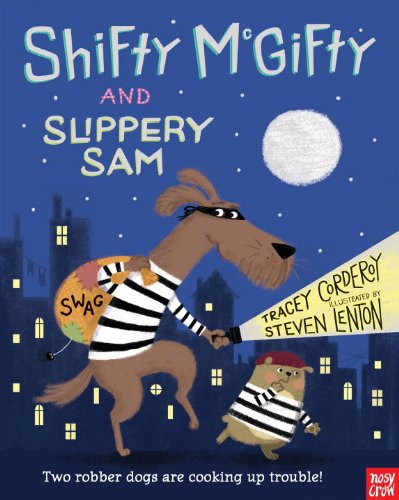 [An Imprint of Candlewick Press (@Candlewick)]

For every “Artful Dodger” or “Bonnie and Clyde” there’s a  “Laurel and Hardy” of the robber fraternity, and that’s the badge of dishonor these dogs wear. Their “Swag” bag often empty of loot, and as such short on money.

To invoke the words of Jiminy Cricket “Let your conscience be your guide.” 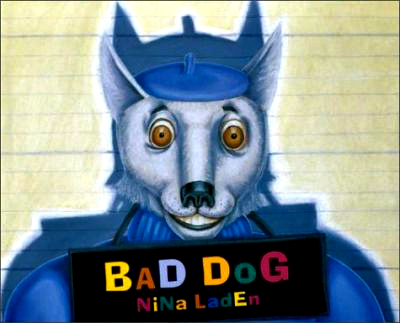 Often people describe picture books being akin to poetry and song, and “Bad Dog” is a brilliantly executed example.

A misreading of a newspaper ad about “Free Range Chickens” sends a hungry and spirited dog and his fellow canine buddy on a road trip of escalating proportions!

Anyone who’s tried to write in rhyme (including your lit. rat) knows it’s as HARD to do as it is effortless to read the best examples, and Nina’s rhyme scheme*  (*by which I mean “pattern”) allows a, without the potential burden of executing a “Madeline” rhyme on EVERY word of EVERY sentence.

If I were a musician I’d be DYING to turn this book into a song. Somewhere between Simon and Garfunkel’s

“A Poem on the Underground Wall” [from their album “Parsley, Sage, Rosemary And Thyme“] and the theme song for “CatDog.” (Yes, your lit. rat was a 90s kid, what of it?)

Nina’s Colorful illustrations really capture the sense of unleashed abandon (no pun intended) as our canine bros hit the road, dodging the cops, all in the name of fine and free range chicken, or something like that…

Last, but FAR from least,

This was one of T.A.A.’s “Most Anticipated Reads of 2014” during our celebration of “Picture Book Month” in 2013, and your lit. rat’s happy to report it lived up to that title.

While this rat likes to use his powers for good, the titular varmints of this book take pride and revelry in their often typecast role as the mischief makers who will settle for nothing less than WORLD DOMINATION.

A stark contrast to the novel, “The Wainscott Weasel” that we reviewed on T.A.A. recently.

Elys Dolan’s detailed and pop art doodle illustrations make excellent use of the added page real estate that comes with this book’s hefty size an width.

While short on words, this book is LONG on re-read value by giving the pre-reader (and the reader) lots of eye candy to bring more of themselves into the story.

I felt like each page spread was a movie set just waiting to be animated (it could double as a splendid interactive storybook app or dare I say animated special, hint-hint…)

Move over “Pinky and the Brain“, the WEASELS are bringing world domination out of the ’90s and into the 21st Century!

That’s is for Weekly Readings! See you next time.