UPDATE (1-24-14): Had to re-upload video below due to typos. Your Literary Rat apologizes for those who saw any or all of the original 3 uploads ridden with typos. Sometimes I move too fast for my own good… 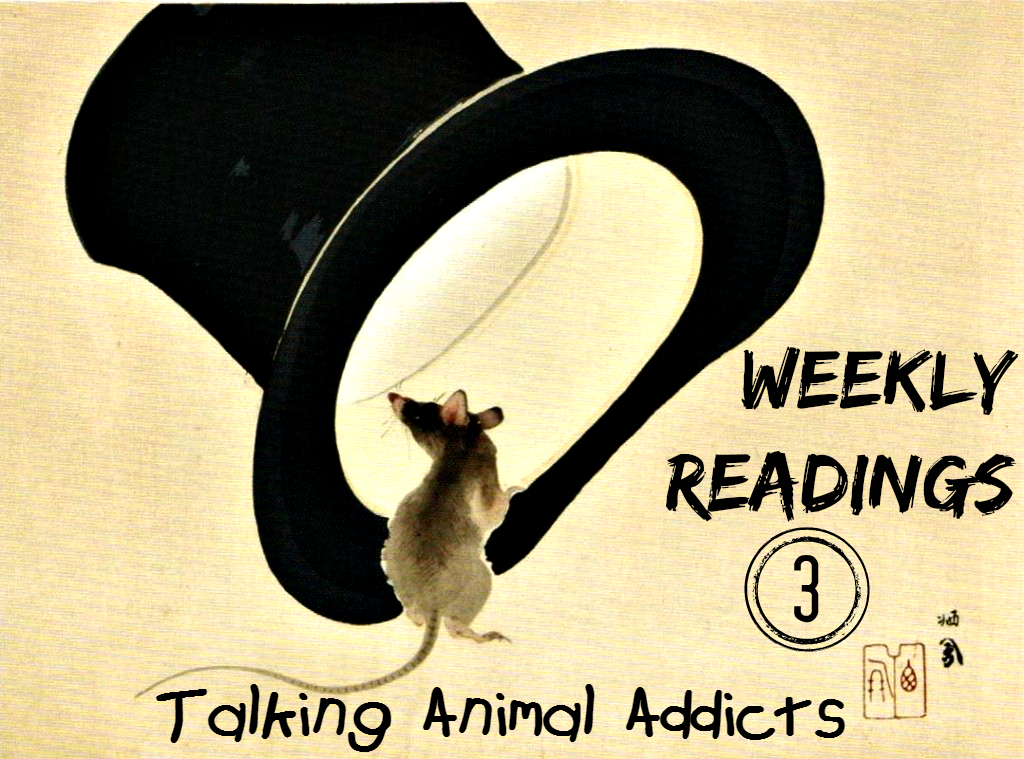 This edition of “Weekly Readings” is a little different.

For new readers, “Weekly Readings” is normally when I give short reviews on picture books I’ve read in the past week, and I sadly have not read any new picture books since Holiday 2013, and recent changes concerning my debut novel Gabriel, and entering the world of podcasting has taken so much of my time, but I’m getting back in a groove.

Anyway, for our first Weekly Readings of 2014, instead of a review, I’m sharing a video I made for a novel  (Not by me!) I have read (and “re-read” the audiobook version of it over and over) that’s first in a series that I believe NEEDS more love-

As I always tell my author friends, this is the book I would be hand-selling to every man, woman and child I could if I owned and ran a book shop, and this is  book that pushes away from the “Norms” of which traditionally has been mostly picture books/early readers or clan-based warfare in the vein of Redwall and Warriors, and there’s nothing wrong with them, but I started T.A.A. to get folks to realize the variety and depth this genre is capable of when we’re willing to be open to new approaches and voices.

Time Stops for No Mouse is a prime example of this. It’s like “Beatrix Potter for Grown-Ups” meets “Murder, She Wrote” though the protagonist not a widowed mystery writer.

This series I feel can be the “Gateway” for getting readers BEYOND 5 to see how fun and poignant this genre can be when done with heart and thought, NOT a commercial gimmick.

Every other genre (Even erotica, and so-called trite romance, I read romance, but I can’t write it, nor am I interested in erotica) has a palette of discerning readers of varying tastes and interests, yet we lump all animal stories in the same boat, and that’s doing both a disservice and missing the broader point.

Just like how Twilight’s vampires are NOT mirroring the original Dracula.

Or why we don’t confuse Clifford the Big Red Dog with Snoopy!

If you’ve read a previous “Letter From the Editor” from 2013 giving a retrospective of this series, you know I’m in love with it, wish I could’ve written it, and one of my WIP books was inspired (Not in a scummy way!) by this first book in particular, and the series in general.

I will be reviewing this series shortly, and I’ll be doing a special giveaway to tie in my needing to bring these series further into the literary limelight.

Until then, I’m taking a more visually direct approach. Video is the future, after all.

If my words can’t get eyeballs to this book, I’ll use video!

Love to get some feedback on it. What did you think? Will it make you curious to at least TRY the book? (Preview on Amazon, library, wherever!)

If there any other Hermux Tantamoq fans out there, will you come out and share the love with me! Comment on the blog or tweet us (@TAA_Editor or @Taurean_Watkins)