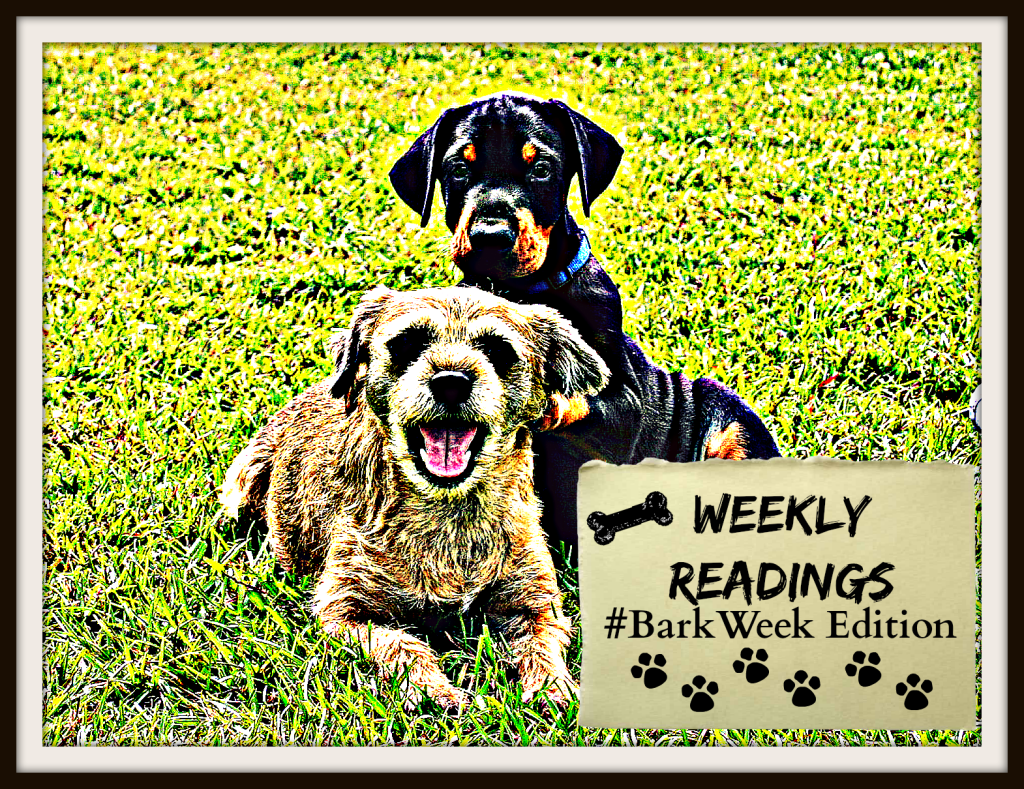 Welcome back to Weekly Readings!

For those new here, “Weekly Readings” is when your lit. rat reviews picture books I’ve read here and there.

In honor of #BarkWeek, we’re digging into our archives for some of our favorite canine-centric reads we’ve reviewed thus far-

NOTE FROM THE LITERARY RAT: This is re-post of our original review for Big Mean Mike

Contrary to the title, this isn’t a “Big ‘n Bad, Huff and Puff Wolfie deal”, but rather the story of a roughneck canine who takes wears his Big and Mean image with pride.

What better way to challenge that image then to be surrounded something opposite of big and mean, in this case: tiny and cute bunnies!

Illustrator Scott Magoon does a fabulous job sequencing the pacing through his illustrations, and smart use of line art to infer motion and expression of the characters. be they central or extras in the background.

As if to say “Mean Mutt versus Relentless Rabbits-SUNDAY SUNDAY SUNDAY!” to loosely evoke the high octane spirit of monster truck shows, which is also featured in this book.

I’m not a big car guy (despite living in Detroit [aka “The Motor City] my whole life), but I did have my dreams of owning and driving a vintage Ford Thunderbird.

Those of you who grew up with younger siblings (or relatives akin to siblings) will find much humor and catharsis as Mike is surrounded by bunnies at every turn.

Or if you were the younger sibling, this is a humorous glimpse of how your big bro or sis felt whenever you tagged along against their will, whether you idolized him, or liked to mess with her…(Or some combo thereof)

In any group of friends, there’s always that one or two friends that you might feel a bit embarrassed by, not because of who they are, but how it might look to those who don’t know that friend like you do.

The title’s a bit of a misnomer, but as you read the story, you’ll see that’s part of the point. 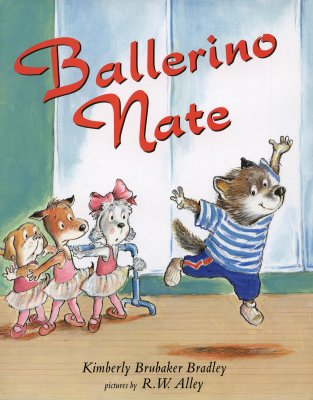 NOTE FROM THE LITERARY RAT: This is re-post of our original review for Ballerino Nate

Don’t laugh, but “The Literary Rat” in his preschool days once wanted to be a ballet dancer, though I lacked the discipline and stick-to-it factor I’ve learned to develop for writing over time, but I’m all for boys who dare to defy “gender norms” with wild abandon.

This is one of those books that I would’ve loved to read when I first became enchanted by the ballet, and while it may not have kept me on the ballet path, I at least could’ve had this as literary empowerment armor whenever some chauvinist lad or lass says “That’s only for GIRLS!”

Well, I wouldn’t have used the word “Chauvinist” at age 4, of course.

But by age 9, to use a retro tween play on words: For sure! (That was the beginning of my “I Love Lucy” obsession), but that’s a whole other story…

Nate, like any sensible nonconformist, has no qualms disagreeing with his “Know-it-All” big brother who by contrast is more “Tom Sawyer” than “Baryshnikov” [buh–rish-ni-kawf], but at times can’t help but wonder “Is he right?”

Would I have to wear a tutu?

Do I have to wear pink even though I’m a boy?

Can boys even be “Ballerinas” at all?

Well, the latter’s kind of true, but NOT how you think, and I’ll let the book show that to not spoil the pathos!

The illustration style is appropriately traditional, hand-drawn watercolors has charm to spare, and accents the movement and grace that any serious dancer (ballet or otherwise) can relate to, and also gives readers with self-proclaimed “Two Left Feet” syndrome a glimpse into the art and practice of dance in general, and ballet in particular.

It’s very hard to talk about this book without another famous ballet student in the fantastical fauna universe, but rest assured, this book while great for both genders gives those nontraditional boys something they can identify with.

While gender doesn’t solely define our identity as it once did (In some parts of the world, anyway…), parental baggage aside, it does play a part, and this book honors that, without stereotyping, and at the same time doesn’t shy away from the questions (be they spoken or unspoken) even the most progressive and open-minded families ask at times.

This is in many ways “Angelina Ballerina” for boys, only here we have anthropomorphic dogs (and/or wolves, it’s not quite specific either way) instead of mice, but here it’s the youngest in the family that takes center stage.

Sadly, unlike the mouselet star with big dreams, this seems to be a one and done, but what a wonderful and worthy one and done it is!

If you’ve got a ballet fan of the male persuasion, tell him I said “BRAVO!” and to give him this book.

He’ll thank you for it, if not in words, in his actions when one day he too could be a Supremo Ballerino, just like Nate. Ballet Men UNITE!

(Check out my fan book trailer for Ballerino Nate!) 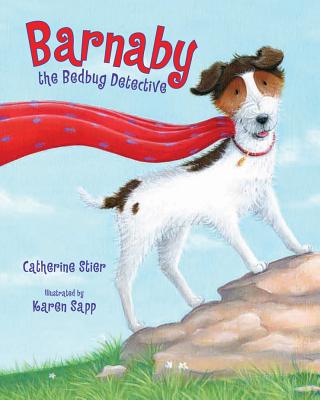 NOTE FROM THE LITERARY RAT: This is re-post of our original review for Barnaby the Bedbug Detective

Of course, I had to get a (domestic) dog story in there, and this is a great one, it’s loosely based on true events, and a different kind of career animal for readers to learn about.

While most career dogs known to kids are police dogs, fire dogs, and given our worldview these days, bomb-sniffing dog used in the military or national guard, this is one of the lesser known.

Until recently, I always thought bedbugs were made up, but they’re real, and can be a big problem, even harder to detect than termites.   It’s a good thing dogs like Barnaby in real life aid us in keeping them out of our homes.

It’s also a charming story with non-preachy messages of adopting older dogs from shelters, and seeing promise in others where some see only problems, and there’s a little “

Leo the Late Bloomer” here as well.   That’s all for now. Next time we’ll have a fresh batch of reviews-WAIT, one last thing-

May the Fantastical Fauna be with you.

ONE LAST NOTE FROM THE LITERARY RAT: If my ramblings convinced you to  buy one or more of the books mentioned above, please support T.A.A. by clicking on the affiliate cover images above or links within the review.