Today’s “Australia Day” where the citizens of the frontier continent celebrate their storied culture and heritage.

T.A.A. HQ may be based in the U.S. but we do our best to honor our community of our fantastic fauna lovers all over the world.

In celebration, your lit. rat will share some of his favorite things with ties to Australia.

While we primarily focus on books, T.A.A. also wants to give needed love to other mediums kids and grown-ups love, such as television and film and here are some Aussie-Centric entertainment picks that your lit. rat thinks are worth your family’s “Screen Time.” 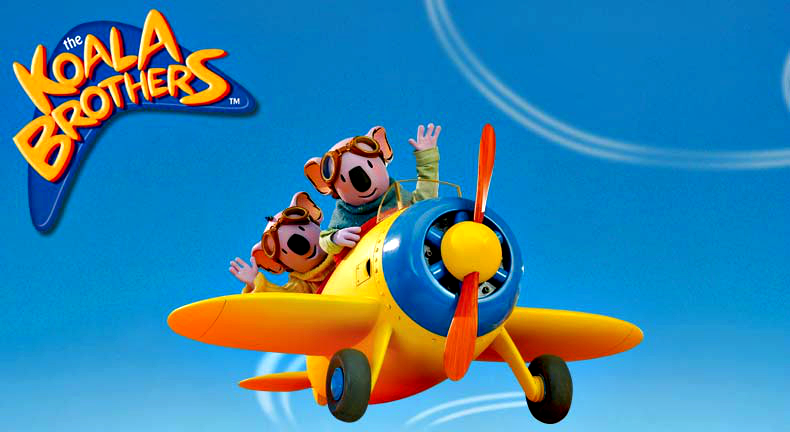 Before the “CGI Revolution” dominated the current world of animation, one of the last gems of the “Old School” stop-motion series was “The Koala Brothers” about a pair of brothers who do what they can to assist their friends in a small rural town in the Australian Outback. First aired in 2003, it’s won many awards in accolades in the U.K. It eventually came to America (more on that below)

While I was technically WAY past the target age group when this series first aired (15 to be exact) I was ensnared by its charming animation and slice of life approach which is rare for shows aimed at where there’s usually a heavy academic hook of some kind.

While I’m all for shows like “Dinosaur Train” or “The Magic School Bus” (based on the iconic book series of the same name)  that weave in science and still engage on an entertainment level, there always need to be shows that are simply fun for their own sake, but have a little more depth than the typical “Saturday Morning Cartoon” fare.

Programs like “The Koala Brothers” help round out the “Edutainment” onslaught in a lot of children’s television today.

Yes, these shows touch on social skills and working as a team, but rather than do a “Rule of Three” breakdown, it just happens naturally through the story being told. It gives the Similar to shows that don’t have laugh tracks, they let the audience decide what they want to take away without a laugh track or other gimmicks getting between them and the content.

I’m not at all saying the direct, pseudo-interactive approach that “Dora the Explorer” or “Daniel Tiger’s Neighborhood” shoot for can’t work, clearly it speaks to countless children across the country (or the world in Dora’s 10+ year history), but I love shows that let the viewers decide what’s funny, and what they want to learn from it.

An occasional narrator chiming in does “break the fourth wall” a tiny bit, but you really feel part of the world, without being verbally asked to join in.

If you (and your lit. rattlings) love shows like “The Backyardigans“,  “Olivia” (Based on Ian Falconer’s iconic picture book series of the same name)  and “Maggie and The Ferocious Beast” (Another modern classic) this series might be up your alley.

It used to air in the U.S. on Disney Channel during it’s “Playhouse Disney” morning programming block (this was prior to the “Disney Junior” re-branding back in 2010) and until mid-2014 aired on “Disney Junior The Channel” where I saw it again for the first time in over a decade and it’s still as comforting as I remembered it.

Selected episodes were released on DVD a few years back in the U.S., but I’m not sure if they’re still available.

If you’re curious, you can see a sample episode!

NOTE FROM THE LITERARY RAT: Part of the intro is cut down for time and one music cue is missing, but otherwise a nice taste until someone brings out a complete series set… 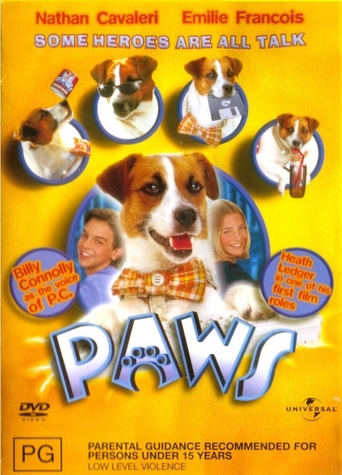 -How much you love dogs. (of course!)

-Dealing with a tiny dash of teen angst.

-And an itsy bit of cheesiness doesn’t bother you.

Meet all the above, than this flick’s for you! 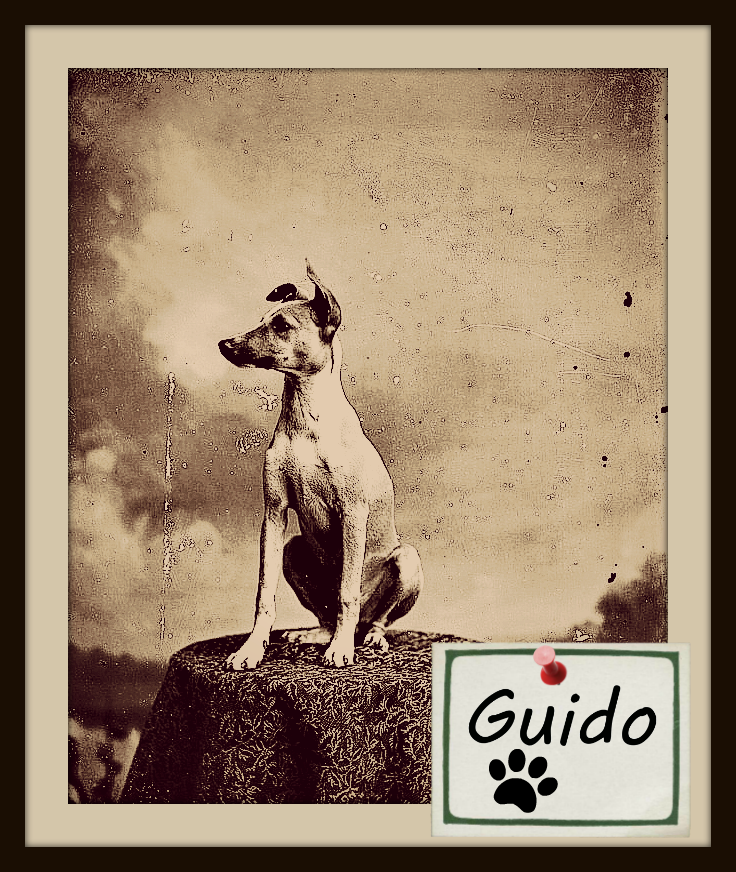 I dare say my canine pal, Guido (from Guido and Bonnie) would enjoy this movie, too!

I only just learned many of my favorite authors were born and/or raised in Australia, and one of them is Gus Gordon, who wrote/illustrated one of my favorite books of 2013, “Herman and Rosie.” 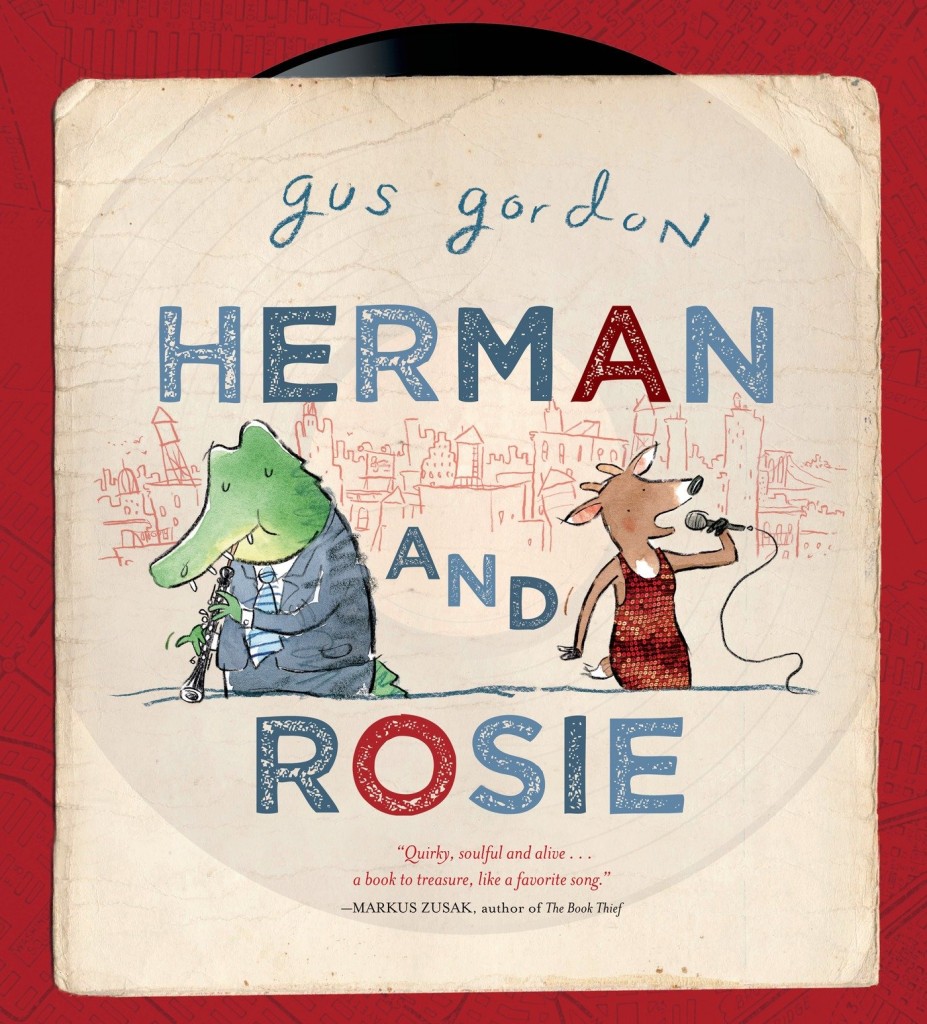 Check Out your lit. rat’s review of

Learn More about Gus, his books, and more at his website: http://www.gusgordon.com 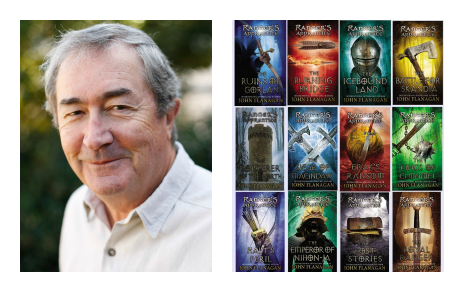 Another author with ties to Australia is John Flanagan,

Our next author from down under is author-illustrator Graeme Base, whose best known book is “Animalia” which was adapted into an animated television series

Learn more about Graeme, his books, and buy his original artwork at his OFFICIAL website: http://www.graemebase.com 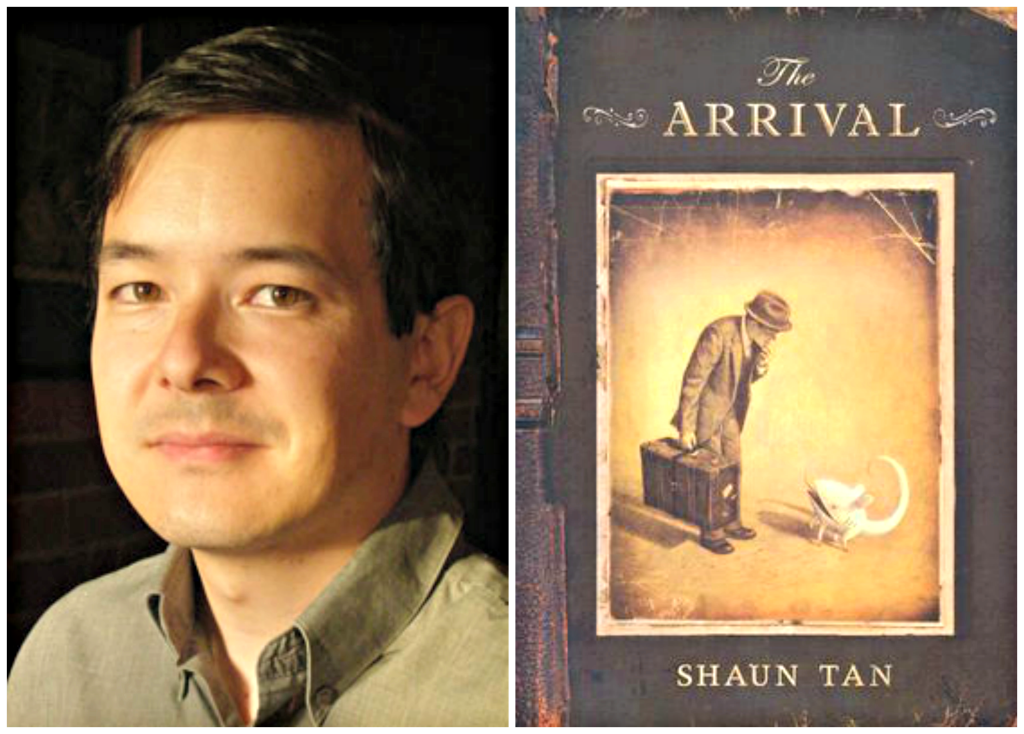 Last, but FAR from least, is author-illustrator, Shauna Tan, best known for his wordless picture book  “The Arrival.”

Learn more about Shaun and his books

If you, or someone you know lives (or has lived) in Australia, please share your story in the comments below.

Also, if you’ve got a favorite book, film, or television series that was filmed in or by or set in Australia, please share in the comments below, too!

For our all T.A.A. fans Down Under, Happy Australia Day!

Until next time, Blokes, may the fantastical fauna be with you.

Check Out Our Previous Author/Illustrator Spotlights-

As our series of Author/illustrator spotlights continues, your lit. rat is honored to introduce you to author-illustrator Gus Gordon 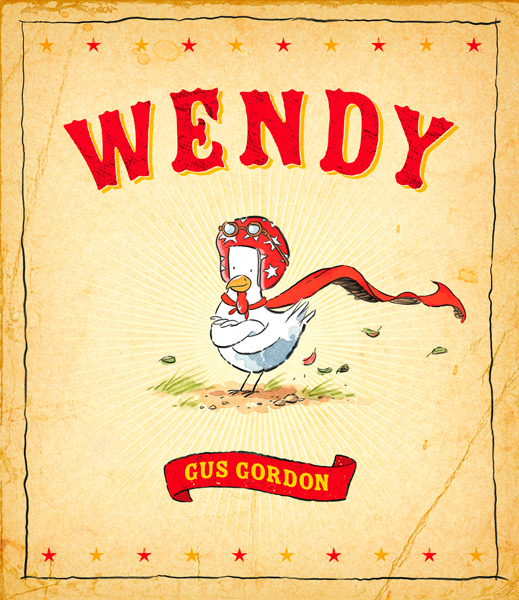 For now, this seems to be an “Down Under” exclusive, but hopefully it’ll come stateside, eventually… 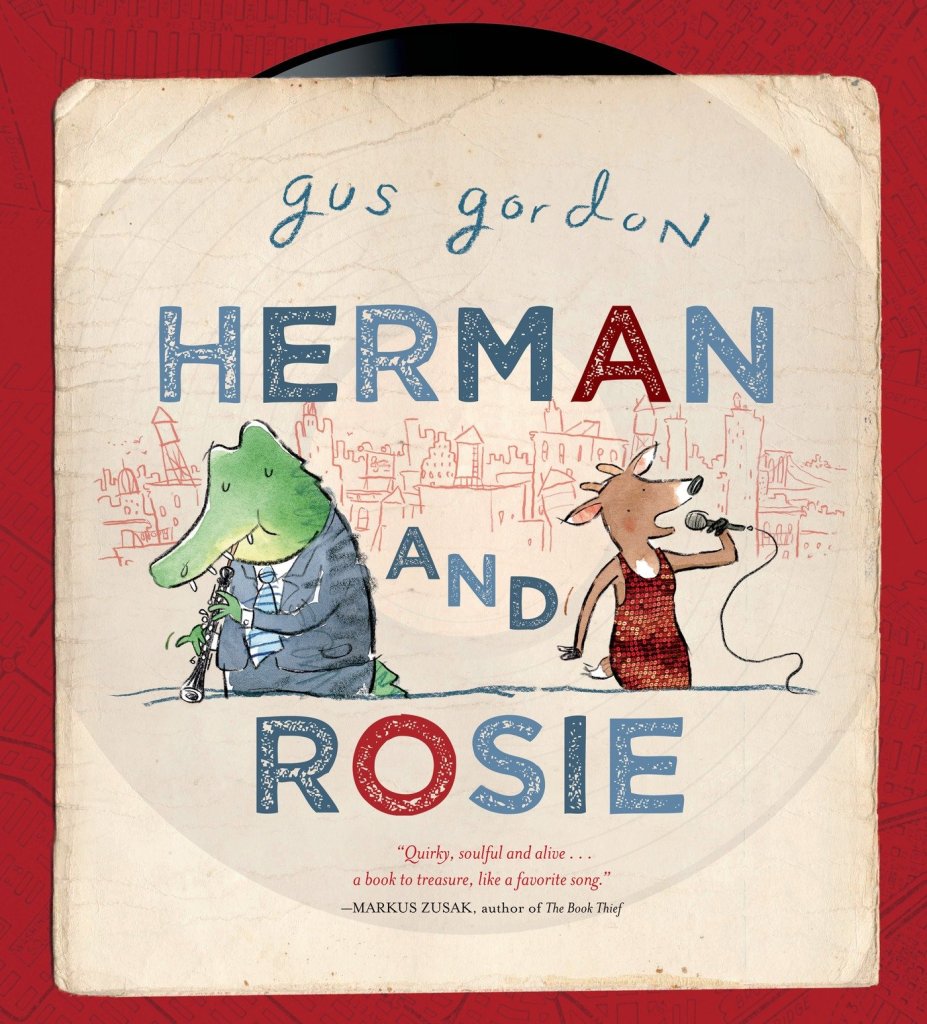 That said, it’s not a seasonal title, but I included it in the showcase as it embodies the goodwill and spirit the winter holidays universally represent whatever you celebrate.

In addition to books Gus has written and illustrated, he’s also teamed up with various authors over the years- 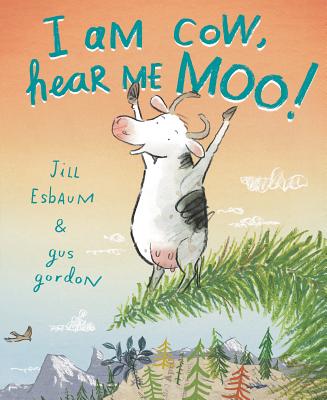 If you LOVE Sam Garton’s “I Am Otter” (No relation, mind you) than this is another book to have on your radar if it’s not already. T.A.A. will review this in near future!

In the meantime, check out the fan book trailer created by my colleague, Patricia Miller-

For my T.A.A. fans in the U.S. and Canada, get ready for Gus Gordon’s most recent author collaboration– 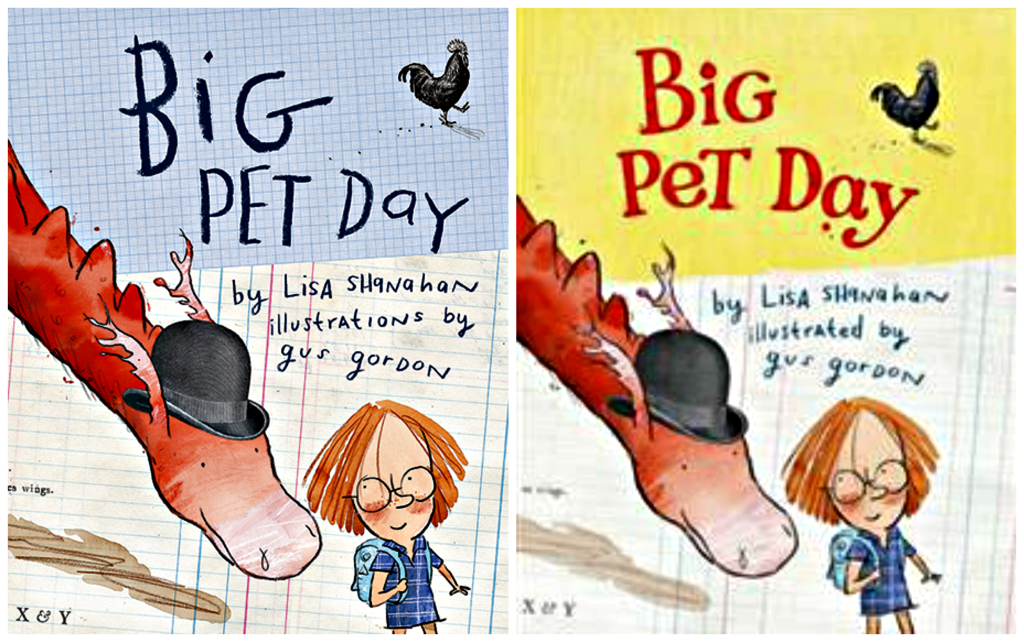 Learn More about Gus, his books, and more at his website-