As I mentioned last week, T.A.A. CARES is kicking into overdrive for the winter holidays, and in honor of Picture Book Month, our next author spotlight is children’s author Julie Hedlund- 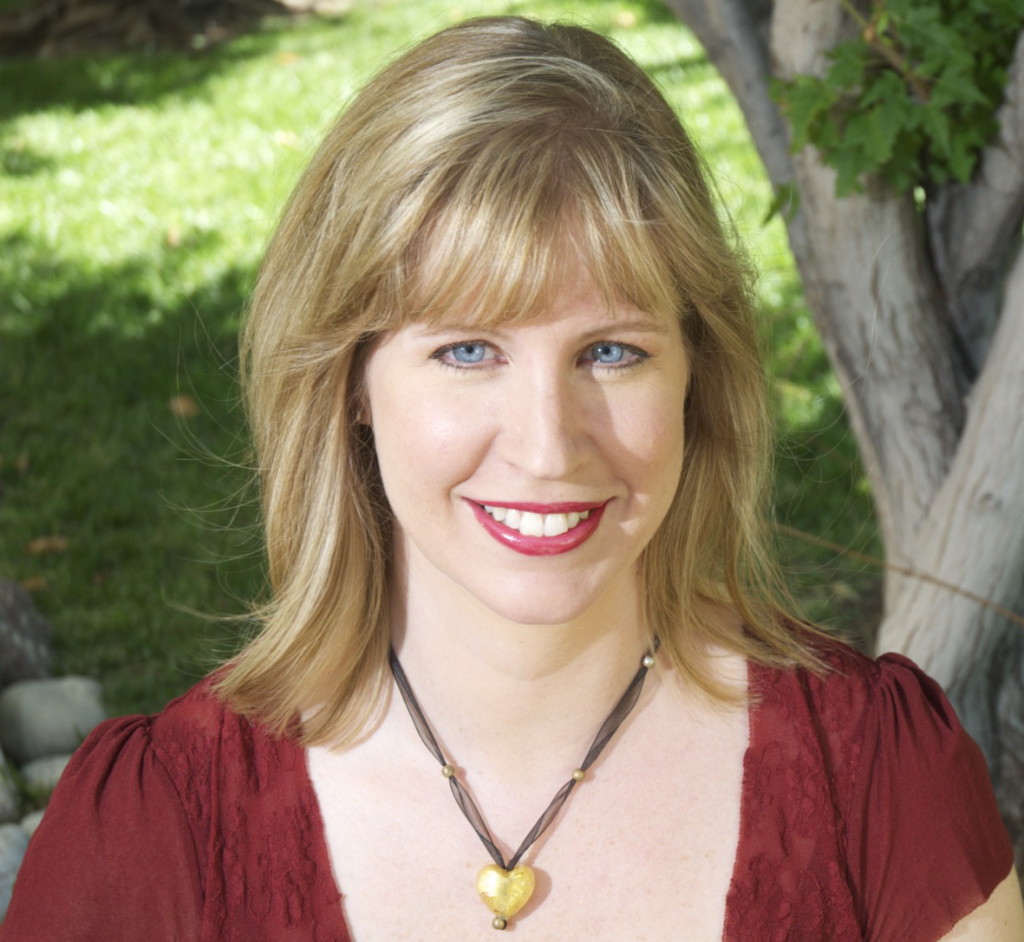 I first discovered Julie when she first guest starred on an episode of “Brain Burps About Books” (Episode  #78, to be exact, which you can listen to here: http://katiedavis.com/78), the #1 podcast about the business and craft of Children’s Publishing, founded and hosted by author-illustrator Katie Davis, who discovered Julie by following her progress back in her “Pre-Published” days as a blogger who back in January 2012 fueled the spark of the picture book writing challenge known as 12×12 (Now in its second year) that has already become a living phenomenon for picture book authors and illustrators the world over.

For those still unaware, 12×12 is a writing challenge specifically for picture book writers and author-illustrators. It’s a YEAR long program designed to provide support, tips and tricks, and inspiration to the writers who participate. Anyone who’s tried to write a picture book will tell you that it’s NO CAKEWALK (What is a “Cakewalk” anyway?) To put it bluntly, and forgive the cliché, it’s harder than it looks. Really.

In some ways, 12×12 is like the picture books writer’s equivalent to NaNoWriMo (National Novel Writing Month that begin in November 1999 and been held yearly every November since), in terms of an active community support from fellow writers, the event’s founders, and over the years various bestselling authors providing pep talks, and sometimes taking on the challenge themselves.

Some authors even BEGAN their emerging careers via NaNoWriMo, though not necessarily debuting or otherwise publishing the books they originally drafted during NaNoWriMo.

But there’s  one KEY difference to keep in mind. Unlike NaNoWriMo, or similar MONTHLY events like PiBoIdMo (National Picture Book Idea Month)  where you just have to jot down 30 IDEAS for picture books, not full drafts, or NaNoEdMo (National Novel Editing Month, Originally Founded in April 2003, and has since occurs yearly in March), 12×12 is a YEAR LONG program where the goal is to draft as CLOSE to 12 picture books that you can get, and at those who register in early January are eligible fabulous prizes, and introduced in 2013 was the chance to get critiques from agents, editors, and published authors that can help take your manuscripts to the next level. But you NEED to register in early January to be eligible, and on that note, and there’s something else that’s to key to remember.

Starting in 2013, 12×12 (Which was free its inaugural year) has evolved to a tiered-payment model, partly because year-long events take a LOT of planning, administration, moderating, rounding up authors, agents and editors to lend their expertise and support that takes them away from their own work, and yes, a fair amount of money, for the running of the site and its community, and being able to offer such rad prizes for the writers who take part.

Also because while this event can help writers, writers are also in business, and like in any other career, we balance our GENEROSITY (Things we gladly give away to our blog readers, newsletter subscribers  close writer friends, etc.) and things we charge for to maintain our livelihood.

Keep in mind that many writers are also parents, have spouses, and often have to work two or MORE jobs for the bulk of their income. Not all authors are able to earn a living solely through their writing.

I’m not a parent or married, but I STILL HAVE issues with finances, or lack thereof, and like Julie, I too am trying to find ways that will earn me income without putting my writing dreams on indefinite hold.

Something a few of my writer friends (Who are parents and in some cases caring for their own now elderly parents) are being forced to do. Authors provide services that  allow them to stay in the business of publishing, even if the path to selling your first book (Or your second, third, or 20th) is LONG.

PiBoIdMo (National Picture Book Idea Month) is also run in a similar manner regarding eligibility for the prizes author and the end. Though PiBoIdMo, and most other writer challenges are free to participate, some like NaNoWriMo appreciate donations to both keep the site (and it’s conjoined community) running as smooth as possible, and to give back to worthy causes.

It’s on that note I get to what I ask my T.A.A. readers to do to help support Julie. In addition to founding and hosting her 12×12 picture book wiring challenge; she’s a regular contributor to the “Brain Burps About Books” podcast, got repped by a literary agent, published her first picture book APP called “A Troop is a Group of Monkeys” illustrated by Pamela Baron, is now also available in print, both from Little Bahalia Publishing, and contributes to CBI’s “Fighting Bookworms” clubhouse community (For paid subscribers of the monthly Children’s Book Insider newsletter) as their “Guide to the Future of Publishing.”

She’s also a SCBWI member (As am I, though my membership expired this month and I have to wait until December to renew…[Sigh])

Her (Potentially) next picture book is a bedtime verse tale called “My Love for You is the Sun” will also be published by Little Bahalia Publishing, but here’s the twist, being a small press, Little Bahalia can really worth directly with authors in a personal,  more intimate way that larger publishers often can’t, partly due to their larger overhead costs, unless you’re one of their bestsellers (And even then there are countless variables involved on a per author basis), but what larger publishers can lack in being more personable with their authors, can (At least PARTLY) make up for in wider distribution, better line up reviews on sites like The Horn Book, Kirkus, and School Library journal, connecting with library systems nationwide, and some significant marketing efforts in addition to whatever authors do on their own.

Plus, larger publishers (I don’t mean JUST “The Big 5” Folks!) are also high-end indie publishers like Candlewick Press, Chicken House, Nosy Crow, and FARRAR, STRAUS AND GIROUX (aka The ORIGINAL “F.S.G.”) having more pull in brick and mortar retailers, which for print books (ESPECIALLY in the children’s book market) is a BIG DEAL.

Ebooks have their place, and are a strong preference for some teens and adults, especially if space for print books is limited, etc. But children by and large (And adults, myself included) still prefer print books, and in picture books especially, are still the preference of teachers and parents, especially the “rare few” who are able to make time to read to their kids, day or night!

In order for Little Behalia to publish, “My Love for You is the Sun” they need additional funding for the illustrations, and final production costs they can’t cover alone, and Julie (With assistance from her agent) worked out a deal with Little Bahelia Publishing to start a Kickstarter campaign to earn the needed funds, which would allow Little Behalia to add this book to their future release list.

Here’s what I ask of you, my loyal readers (Especially if any of you are authors or have blogs tied to children’s books, parenting, or literacy) to spare some time (And Money if possible) to Julie’s crowdfunding campaign on Kickstarter-

(FYI, that GORGEOUS ILLUSTRATION is only ONE of the 20+ pages of art to accompany the final printed book)

As with my previous spotlight for “FETCH” this is a project I believe in, and I know from following Julie since 2012, she is a writer you can trust. I would NEVER spotlight projects on T.A.A. CARES if they didn’t come from real people who put their trademark grit and heart into it.

Even though publishing is a business (Which is hard for me to type because I feel it can have negative connotations due to the jerky scammers that sadly do exist from time to time. It’s NOT always “Lack of will to work hard” but “Lack of MONEY!” which isn’t the same as saying “I don’t want to pay for good help” but I just can’t fund it all alone. Period.), writers still need to put PASSION into what they do.

Potential readers, especially kids and teens, know when you’re not genuine. While authors need to have tightly written stories to warrant the costs of publication (ESPECIALLY authors who self-publish with no help from a publisher) they still NEED the love and passion ONLY THE AUTHOR can provide. But even the most business-savvy authors can’t do it ALL ALONE!

Kickstarter (Among a few other sites) is another way for authors who can’t head up the costs to publishing themselves, and because Kickstarter’s platform is “All or Nothing” if the total needed funds aren’t meant, the project “fails” and all donations are returned to their respective donors. (Called “Backers” on Kickstarter)

To crack down on jerky scammers, and to aid in avoiding various integrity issues, Kickstarter also has to screen and approve proposed projects, so you need to be sure your proposal covers EVERYTHING, and like with traditional publishers and literary agents, projects can be rejected, but once the project’s approved, you’re in the system, and from there it’s up to you to ensure you do all you can to promote the project (In a sane NON-spammy way!), and let fate do the rest…

As an soon-to-be published author myself (Also via the small press route) it allows me to give back to authors on the same path as me. To deliver the most genuine and passion-soaked stories I can to share with the world, and (While I do want to make some money) I long for the day to receive a letter (Paper or iPad) from a kid or teen who fell in love with a book I’d written, just as the authors I love and admire touched my heart and inspired me to be part of this wonderful tradition of storytellers.

In closing, my loyal readers, I ask you to spread the word, and if you can, spare whatever money you can to ensure that like FETCH, “My Love for You is the Sun” finds its way not just to publication, but to the readers (Young and old) who need it most. You know I will.