Since Musical Musings was M.I.A. for a couple weeks, this week is a double feature, usually I review a couple albums of music each week, but this time, you’re getting an in-depth look on four albums that are a mainstay in my listening library.
First, I’m spotlighting another album by the rebels of Folk Rock, The Carpenters, Lovelines. 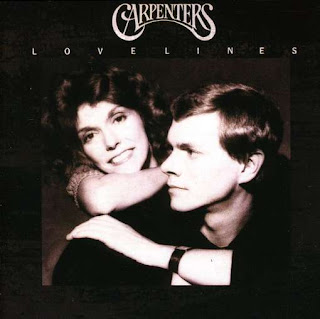 (Click the Album Pic Above to find on Amazon)
Those who remember my debut Musical Musings review know I’m a fan of the folks who knew how to sing about love without being derogatory and tasteless, yet still honest and avoid unrealistic saccharine censoring.
While some of their signature love songs made it into their Singles compilation, it’s here in Lovelines where Karen’s vocals show all the facets and forms love can take.
Not just the “At first sight Puppy Love” or “Being out of love after betrayal and loss” but
More so than than their “Love Songs” compilation, I feel Lovelines best shows all the ranges and ways love can bring people together, pull them apart, and the gray and shady drama and trauma in-between.
Highlights from this album-
“Lovelines”
It’d be sad if the title song in the album didn’t rock, but this one does, and I think it’s no less relevant now, and unlike some of their more well known songs, this doesn’t sound “dated” though personally, I embrace the dated when it’s for the good of  the music and done right, but this song is a happy medium for the modern day cool kids as they were for the teenyboppers of yesteryear.
It’s like “The Beach Boys” but Carpenters-style, yet less high school surf n’ turf and more classy and mature, but still with the fun hooks and bridges.
“If We Try”
I dare you to listen to this and not feel the need to call an old flame, if you have one, I don’t, but it makes me want to write about one. Again, mature and tasteful, with slow tempo with mild hook and slide.
“You’re The One”
A song for those us who found or (Like me) will find the one long after high school, it’s different, but still special.
“Honolulu City Lights”
I love the rhythm and hooks in this song, and unlike a lot of songs with a nod to Hawaii, it’s not stereotypical, and you don’t feel the “Tacky Steel Drum Effect” as much as I love steel drums in general, but you know what I mean, right?
Slow Dance
Think Modern Sadie Hawkins or senior Prom, and by modern I do mean 21st Century, as long as your music is not mandated to have rapping or direct inclinations to S.E.X.
Sometimes, imagining is better than exact imaging, at least a prude romantic like me thinks so.
On a scale of 1 to 10, Lovelines by The Carpenters gets my highest score of 10! Need a good love song for date night or just because, you can’t go wrong with the songs in this album.
Next, we’re heading to the trippy side of the south for the compilation from The Indigo Girls, Retrospective. 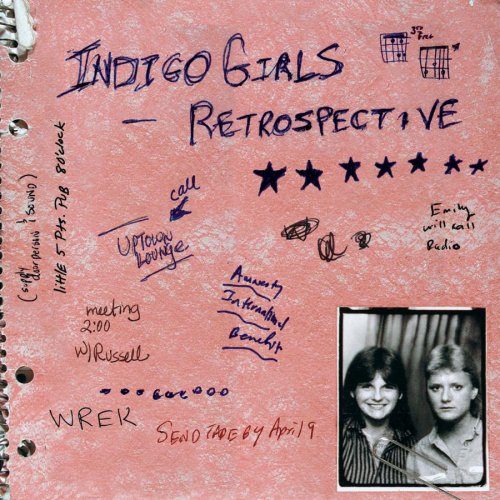 (Click the Album Picture to Find it on Amazon)
Somehow, this dynamo due of offbeat yet relevant tunes manage to tread the lines between personal and universal, something that struggling writers like myself find more an esoteric fortune cookie-esque snipped of babble that’s near impossible to strive toward as a tangible goal, but at least far as how this albums sounds for this newcomer in music reviewing, they’ve achieved this mythic balance with the songs put together in this collection.
Favorites of mine include-
“Power of Two”
This feels like an effortless jam session between two performers who are at home with their sound, in that rare kind of chemistry that’s hard to find between musicians themselves, and even harder to convey to the listeners on the other end, and for me, is a favorite in this collection, I don’t often go a month, if not a week, playing this song.
“Galileo”
Makes me want to rekindle my lost love for the history behind the artist most famous for this name.
“Go”
A classic, yet modern take on the song of rebellion, whether teen or not, one of the few rebel songs that I feel can speak to teens and adults the same, but in different ways.
“Get Out The Map”
Road Trip Rock at it’s finest.
This is the “Country” album is for folks who think they don’t like country. It’s less raw jug band and more southern acoustic R&B, yet not as morbid as some classic rhythm and blues songs are known for.
On a scale of 1 to 10, The Indigo Girls Compilation, Retrospective gets a solid 8.
For fans of the more raw Country fare, a solid contender is Carolyn Wonderland’s Album, Miss Understood. 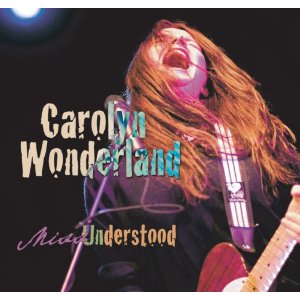 (Click the Album Picture to Find it on Amazon)
“Long Way To Go”
Peppy beat, light pith to the lyrics, and Carolyn’s signature attitude makes the song work, without coming off too brutish, hard to do in this style of music that in many ways demand raw and rough, but as proven here, polish doesn’t have to tarnish passion, harder perhaps, but not impossible.
“I Found The Lions”
Feisty and Fierce, just don’t watch “The Lion King” right after listening to this, it might be a bit off putting, to say the least.
“Walk On”
A bit short, but fun and peppy, good for a road trip, even if that’s just to the mall and back.
“I Don’t Want to Fall For You”
If you need a “Down in the Dumps” slow love ballad, without the word “Dog” in it, Carolyn’s playing your song here.
“Trouble in the City”
Solid Narrative Blues Ballad with a light jazz tinge.
“Feed me to The Lions”
Nice, but again, don’t listen to this before watching “The Lion King.” It just feels…wrong somehow. Good song, though.
On a scale of 1 to 10, Carolyn Wonderland’s Miss Understood gets a sultry 7.
Last, but far from least, is the (So far…as of the original posting of this review) the ONLY album available in the U.S. by a new favorite group of mine, the now sadly disbanded, Our Love to Stay: Telepatia.

(Click Album Pic to find on the U.S. iTunes store, as of the original posting of this review, this can only be bought in the U.S. via iTunes)
For those who enjoyed my video Musical Musings some time ago, this is a group I love and listen to on a regular basis.
If names like Armstrong, Gershwin, Mancini, or Sinatra mean anything to you, or even if you’ve no idea who I’m talking about, but are a novice Jazz fan, this is an album you need to own, even if you’re literal understanding of Japanese is limited at best.
You don’t need to be fluent in the language to hear the heart and synergy of this album, and for those of you whose only knowledge of
Japanese music and musicians are traditional Enka ballads (Think Japanese-Style Opera, but often sad like the old Chicago Blues) or J-Pop from anime or that one Studio Ghibli movie you know and love (Some of which is quite stellar) this is a good primer for seeing how non-Americans portray Swing Jazz in the spirit of the artists mentioned above.
While this is classified as “J-Pop” on iTunes, think Jazz here.
Favorite songs for me include-
“Telepatia”
Once again, the title song delivers and is worthy of being the lead off track.
“Give You all of My Love”
If Sinatra or Ella Fitzgerald could sing and song-write in Japanese, this is what it might sound like.
“Anatawo Aishite Yokatta”
Hip-Hip meets lounge swing in classic “Our Love to Stay” fashion.
While it’s sad this stellar combo have parted ways, what’s even sadder is that their albums prior to and post this one are not yet available in the U.S. So, if you grow to love this swing revival band as much as I do, give the iTunes store further incentive to rectifying this by buying this album and sending feedback to Apple (Amazon too!) that you want the entirety of this band’s work available to download in the U.S. and Canada, or wherever you live outside Japan, since at the time of this review, importing’s the only sure way, and while I’d be willing to do that myself at some point, the shipping makes it cost prohibitive as far as impulse, hassle-free buying’s concerned.
That said, on a scale of 1 to 10, Telepatia by Our Love to Stay is gets my second 10 this week.
This concludes this special double feature edition of Musical Musings.
Until Next Time,
Rock on, Swing Low, and Cruise the long proverbial road to your own playlist.