It’s no secret your lit. rat’s had a hard month emotionally, but I want to end on a positive note, so today I’m sharing a little peak into my writing process courtesy of the “*My Writing Process Blog Tour.“ 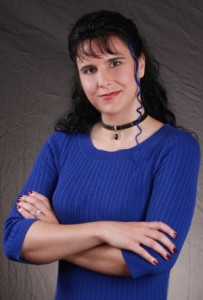 *Special Thanks to author Jami Gold (@JamiGold) for the open invitation to take part in this blog tour event!

For those of you newcomers, when I’m not “The Literary Rat” on T.A.A. I’m a novelist specializing in animal fantasy, hence our site’s name and theme, and my debut novel, GABRIEL, will soon be published by Alten Ink. (You can watch the first round of book trailers on T.A.A.’s YouTube Channel!)

What Am I Working on?

Aside from edits on my debut mentioned above, I’m working on various WIPs, one of which is a sequel to GABRIEL, the other two are new books outside the world of GABRIEl. One of which under the working title “The Baroque Weasel.”

How Does My Work Differ from Others of Its Genre?

I flip and/or rewrite the rules all too common in the animal fantasy, the most common being- One of the common tropes in my world is a human who can talk to animals, but it has to be a secret from all for various reasons.

I choose to have it be open, meaning anyone can communicate across species, but for some stories, you have to be willing to listen (Think Peter Pan and being willing to believe in fairies and other “impossible” things in order for them to happen)

Another thing writers of animal stories need to consider (assuming we’re not writing nonfiction) is how “Real” our animal characters are.

Do they take the cartoony approach, as zany and unreal as possible? Are they human-like, wear clothes, and if so, are humans out of the picture, or is it a hidden society deal.

Or do we opt for something 100% naturalistic. They don’t speak, have no human-like autonomy and thoughts, and would just as at home in an issue of National Geographic as in the fiction we’re writing. (Think Shiloh)

Or do we dare, as I do, to be in the hazy nexus of semi-naturalistic, we use real world facts and knowledge of our animal heroes and heroines when possible, but exercise the right to be as zany and a little bit cartoony.

Many classic and contemporary characters walk this line. Some more obvious than others.

In my novel, Gabriel, I made the decision to be in that hazy middle with my nonhuman cast, in this case, rats.   They do speak, wear minimal clothing, and live amongst humans in their “hidden” society.

But while they (and other animals) can speak to humans, many choose not to, for various reasons, most common the distrust they have with humans, such as my antagonist.

Too often humans are portrayed as the ultimate evil from the animal’s perspective. I wanted Gabriel to explore the idea that just like animals we humans demonize in our culture (wolves, weasels, and RATS too!) there are just as many (I’d argue FAR MORE) humans who respect the natural world, and while we may not all be vegetarians or vegans, we see animals not solely as food. Or condone them being objectified for trophy and sport.

For every “Cruella Deville” there’s a “Jane Goodall” For every “Hunter” in Babar’s world, there was also a kind soul who treated him and other with respect.

But I also gave them as much of their naturalistic traits as possible in terms of what they eat, where they live, and the dangers they face in the wild and in human-centric environments like small towns and cites.

Another thing to consider is how the world is set up. Some stories like the “Redwall” series are animals only, and that frees you up from having to think about the logistics of animal-friendly tools and weaponry.

Some stories, like “Charlotte’s Web” and “The Wind and The Willows” have animals and humans co-existing in the same world, but separated.

Humans live in one, animals live in another, and in most cases, rarely if ever the two meet, and often not positive for either side, which also harkens back to how real or not your animal characters are and humanity’s response.

The “Doctor Doolittle” approach thrives here, but hinges on the idea that only one person can hear what most people cannot, and thus, secrecy to avoid presumed insanity on the human’s part.

A contemporary example would be “Littlest Pet Shop” an animated series based on the popular toy line franchise of the same name where a teenage girl can talk to animals through unexplained (at least thus far) means, and forms a deep bond with a particular band of day care pets where she works part time.

Why Do I Write What I Do?

First and foremost, because I love it, and having been raised on it since age 4, I don’t have the “suspension of disbelief” hang-up other readers do who either don’t read/watch much fiction, or are Type A academic realists who are strict taskmasters for accuracy at all times, and don’t get me wrong, I love historical fiction for a lot of the same reasons I can’t write it.

But as an author myself I don’t like being married to fixed of thinking and being.

I hope readers will start to see animals a little differently after finishing one of my books. Science is now proving they feel many of the same emotions, fears, and needs we do, they just can’t tell us in ways we easily understand. We can teach them to fear us, just as much as we STRUGGLE for them to trust us, and it’s no secret (especially those of us pet owners our there, myself included) that when we earn an animal’s trust, its no less gratifying than earning the trust of others our own species.

While I bend the rules of natural science a bit, I truly believe every animal has a voice, the trick in real life is working that much harder to hear it, in the world of my fantastical fauna, I just make it a little bit easier, and more fun, to let them speak for themselves however I can.

But the journey taken still requires work on the human’s part, mind you!

Even though I may not follow the laws of science in expressing that, I do believe they have much to teach people, if we’re willing to listen, for the many of the same reasons we underestimate what our ALL TOO HUMAN children can teach us about life.

Animals have had roles in nature long before humanity, as we know it today, so it makes sense that we can learn from them, and hopefully in spite of the harm and extinction we’ve caused, the creatures left among us today will find positive things in us, too.

How Does My Writing Process Work?

While every book has its own process, there are lot commonalities for my work thus far, often the title or the name of the protagonist will come first.   With Gabriel, the premise came first, a toymaking rat and exploring friendships and how they evolve or at times, stagnate.

In the case of “The Baroque Weasel” the title came first years before I really started working on it. It was actually a legend from another book idea I had but I liked it so much it became its own thing entirely.

Also, this title has multiple meanings, the main character is a weasel, but it also relates to something key in the story.   For Gabriel, I took the approach of having the character’s name be the title since he’s the protagonist and the heart of the story.

When it comes to the actual writing, I prefer to draft from beginning to end in a linear manner, it’s easier to keep in my head, and I’m less likely to write the same thing twice than if I hopped around (i.e. write the end before the beginning)

To participate, write a blog post next week (or when you can!) and-